The Department of Transport has changed the wording in their new Blue Badge guidance following pressure from Action for M.E. The guidance previously referred to hidden disabilities as ‘non-physical’ which does not reflect the reality of living with M.E./CFS or other hidden illnesses such as Parkinson's.

We have been in touch with a number of MPs as well as the Transport Select Committee to stress the importance of getting the wording changed. We also worked with Stephen Morgan MP to submit a written question to the Minister, stressing how inappropriate the term ‘non-physical’ is the describe M.E./CFS.

This week the Minister confirmed in response that: “The Department recognises the sensitivities with using certain terminology when referring to the new criteria and will be replacing the term non-physical disability with “non-visible (‘hidden’) condition” in the guidance.”

The new Blue Badge guidance is designed to assist those with hidden disabilities who may have otherwise had difficulty in applying for a blue badge. This new guidance will be used by Councils from 1 September 2019.

If you live in the South West or Midlands then our advocacy team may be able to help you with an application for a Blue Badge. One service user we were recently able to support said, “I have been accepted for a blue badge got an email on Friday! How quick. ….So a BIG Thank You for all your support and the brilliant letter ….personally I think your letter swung the decision.” 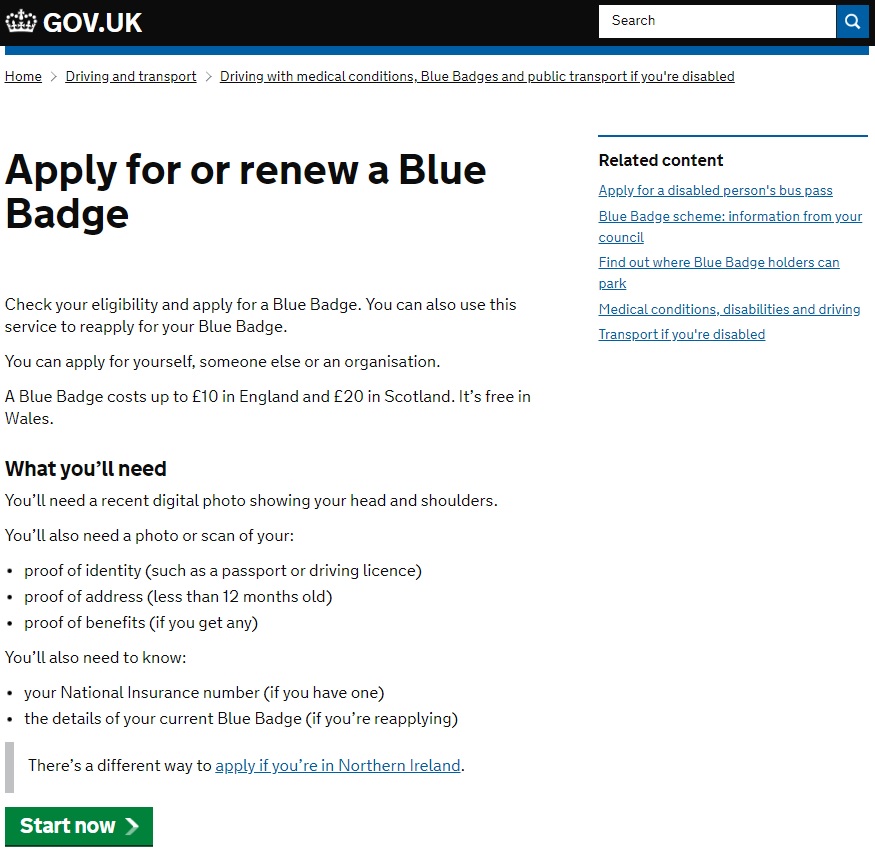