Our Walk with M.E. campaign has now been going on for over a month and a half. During this time, our teams have been working hard to reach their collective goal – one million steps. So far they have all done astonishingly well, breaking records, raising awareness and making a lasting impact on the M.E. community. 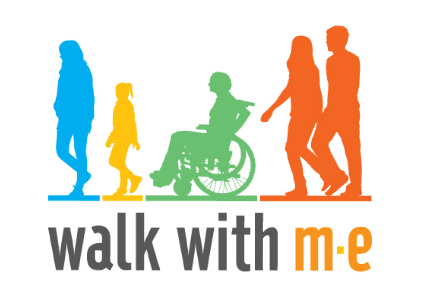 Bethan, is taking part in Walk with M.E. in honour of her friend who has M.E.

When telling us about her reasons for joining the campaign she told us that her friend “wanted to go to university and already had a medical engineering course picked out.” However “she struggled with sixth form and eventually was forced to leave because the strain was too much. Sadly, she could not take her exams.

“I won’t sit idly by when I can help her and others like her. Her life has been destroyed because of something beyond her control. She likes superheroes; I want to be her superhero now.”

If there’s one thing I wish everyone knew about living with M.E. it would be that “it's not something to think little of. I myself didn't know what M.E. was until a year after my friend had to drop out of college and was finally able to explain it to me in person. Young people need to know what M.E. is, what it does, and that it can happen to anyone.”

Every penny raised during this campaign is match funded, meaning that every donation is doubled!

We’d like to thank all of the teams who have been taking part in this year’s fundraiser – your commitment and motion has made it the best year yet.