We were delighted to be asked to bring some of the families the charity has been supporting, joining around 70 children aged between six and 12 years for these annual festivities.

Also in attendance were Tottenham players Eric Dier and Harry Winks - plus Dennis the Menace and Gnasher, and Paddington Bear! - and the children enjoyed party games and Santa’s Grotto.

William, Lewis, Caitlin, Ethan and Kiah, who have M.E., told us they were thinking of their friends with the illness who weren't able to be there. 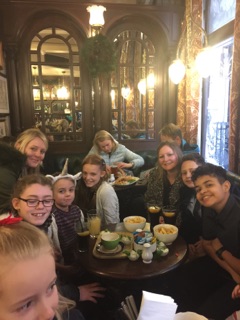