Fundraiser of the week: beer can man Nick West

We’re saying a hearty cheers and thank “brew” very much to today’s fundraiser of the week, beer can fan Nick West.

Last year, Nick made it into the news when he donated part of his huge collection of more than 9,300 cans to Oakham Treasures museum, near Bristol. To show their gratitude, Oakham Treasures kindly offered to make a donation to a charity of Nick's choice. As his daughter Emma has M.E. Nick generously donated the proceeds to us in appreciation of Action for M.E.’s support when Emma was first diagnosed.

This week, Nick got in touch to let us know he would like to make a second, beer can-related donation.

“Although I officially stopped collecting over two years ago, I still find myself searching for pictures of old beer cans online,” explains Nick. “I came across a US artist, Liz Crain, who makes beer cans out of pottery, and thought it would be great to commission her to make two rare cans I was never able to add to my collection.”

The unusual shape is down to the fact that, when beer can production began in 1936, they were filled using the same equipment as for beer bottles – hence the "cone top." Although real examples of the Fremlins Ale can (pictured in the middle) exist in a few collections, there’s only one known Castletown can (pictured second from left, in a museum on the Isle of Man. The originals would be worth hundreds of pounds. 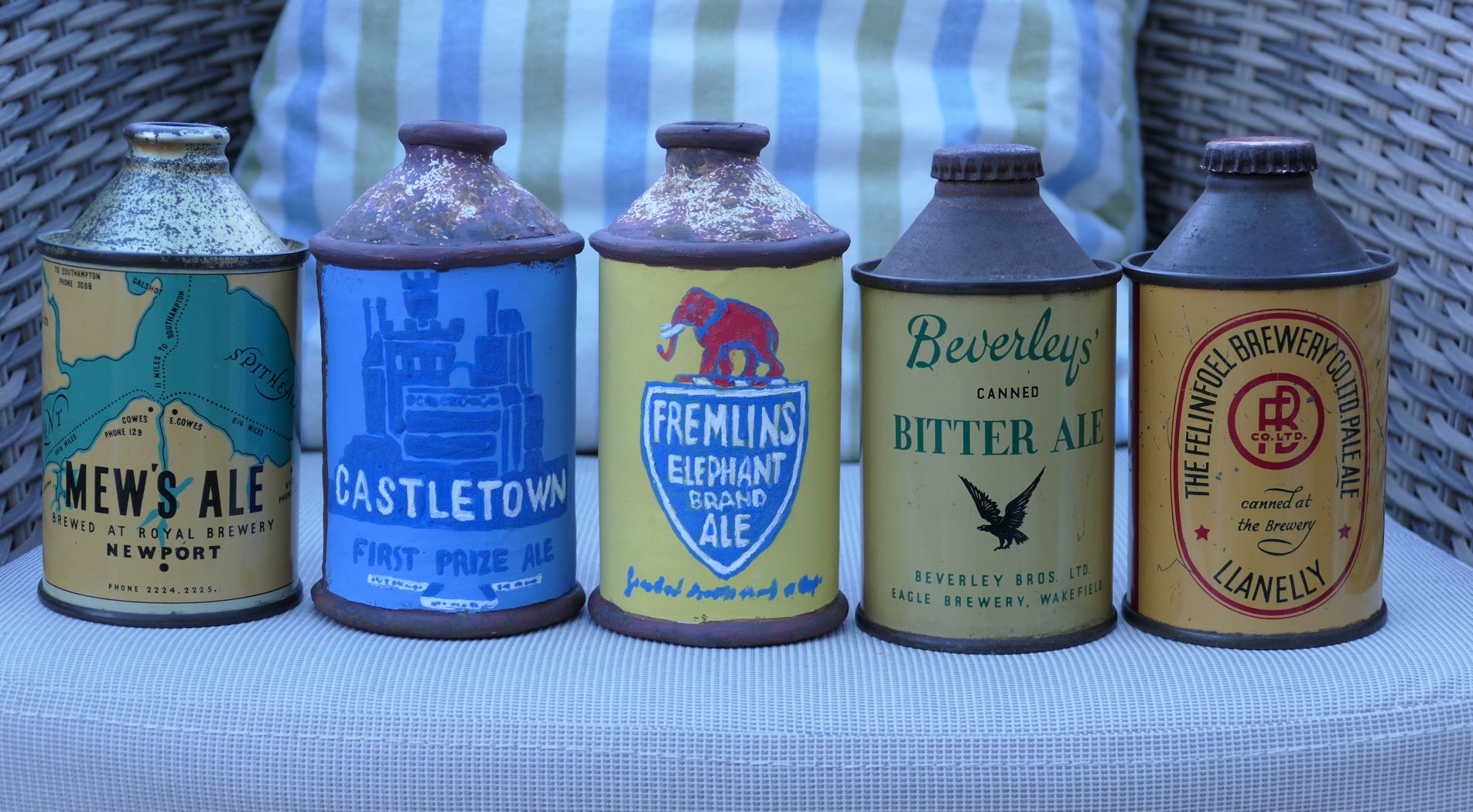 “Over the course of nine months, Liz and I swapped pictures, dimensions, tiny details etc” says Nick. “She was very keen to produce cans that were as near as possible to the real thing. However, this was not straightforward, as she had to allow for shrinkage during firing. She even added a touch of rust to make them look as authentic as possible. To be fair she has done an amazing job.”

In lieu of payment, Liz invited Nick to donate to his favourite charity. After hearing about Emma’s experience of M.E., she agreed that Action for M.E. was the right choice. Are we hugely grateful to Nick for his kind donation? You better beer-lieve it!